Mr. Roman, who arrived in Canada in 1937 from his native Slovakia, donated the land for the Cathedral, which he built as a beacon of religious freedom for his fellow Slavs living under the repressive dominance of the former Soviet Union, without religious freedom.

Construction of the Cathedral began in early 1984. The Cathedral is now the centre piece of the 225-acre Cathedraltown, a thriving town of about 3,000 residents that began development in 2004.

The Cathedral’s cornerstone and altar stone were blessed by Pope John Paul II during his visit to Canada in September 1984, marking the first time that a Roman Pontiff consecrated a church in North America.

Václav Havel, the first president of a democratic Czechoslovakia, following the fall of the Communist regime, visited the Cathedral in 1990.

The Cathedral’s three gilded towers represent the Trinity. The centre tower, named the Tower of the Transfiguration, rises 210 feet. It contains the world’s largest peal of three bells, cast in bronze at the foundry of Paccard S.A. in the French town of Annecy, and installed in the Cathedral in 1986. The bells are named for St. Stephen, St. Ann and the Prophet Daniel. Each of the Cathedral’s side towers is nearly 148 tall. 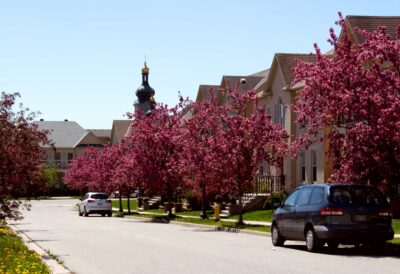 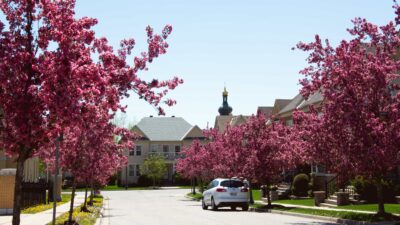 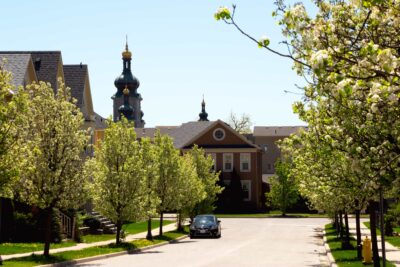 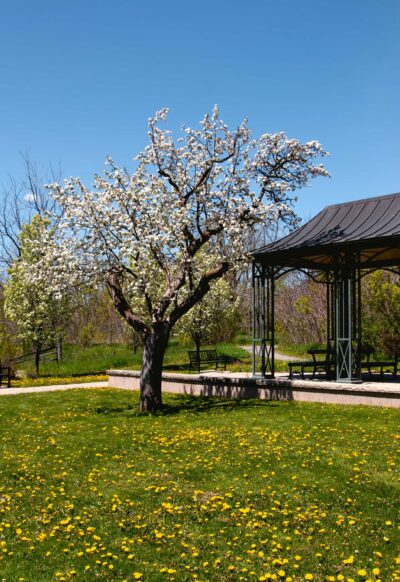 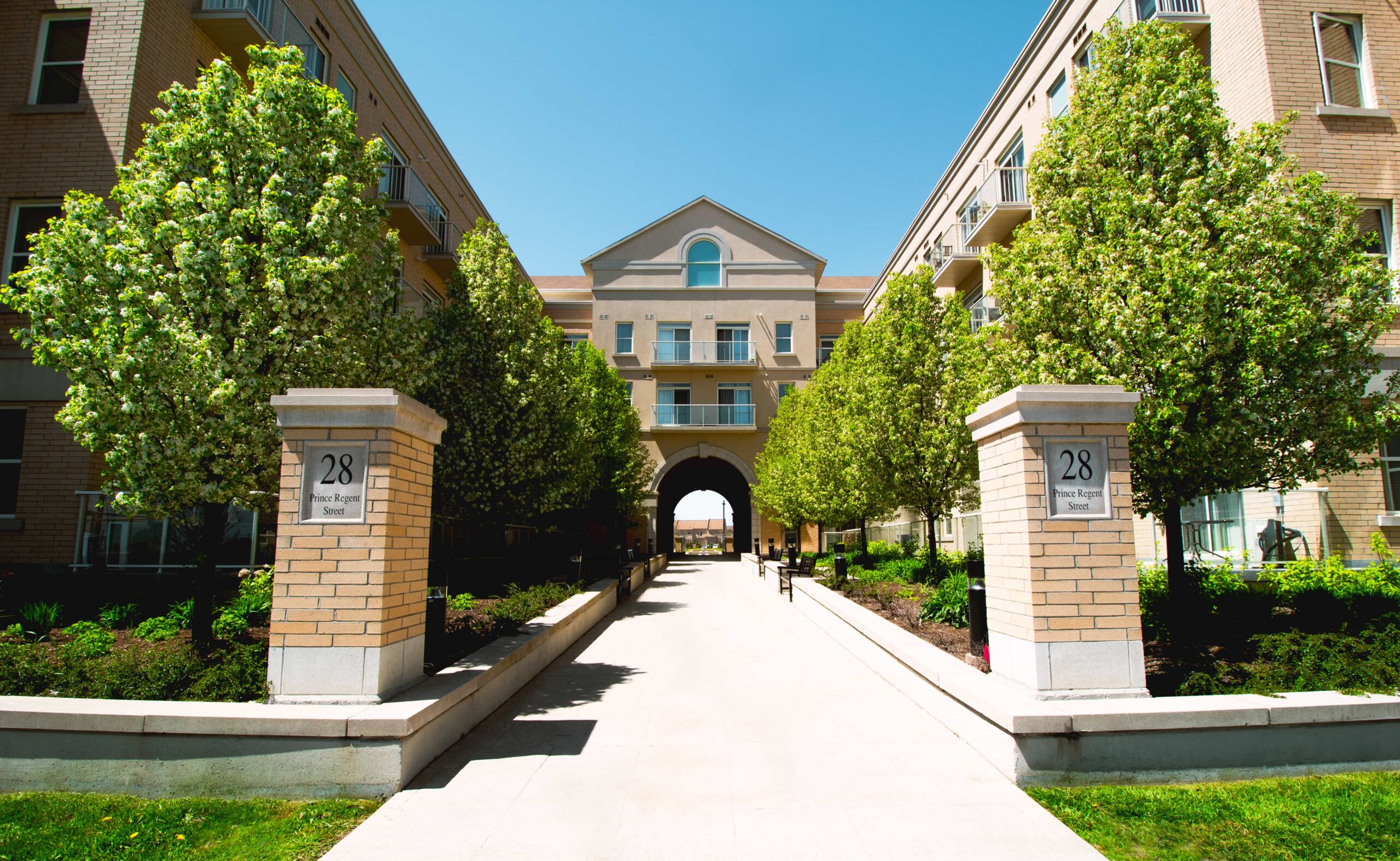 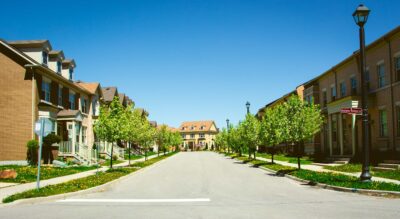 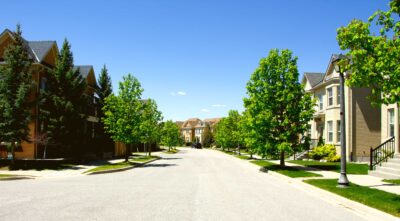 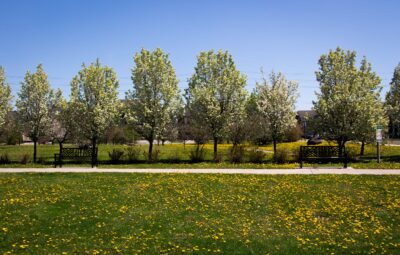 Welcome to Cathedraltown, Canada’s most exquisite
community, built around the awe-inspiring Cathedral of
the Transfiguration, just east of Highway 404 between
Major Mackenzie Drive and Elgin Mills Road

Cathedraltown’s elegant architecture was designed under the direction of Donald Buttress, Architect and Surveyor Emeritus of the Fabric of Westminster Abbey, in London, England, and based upon the classic Georgian and Regency styles that flourished in London during the late 18th and early 19th centuries.

Amenities include a beautiful Arboretum with century old trees, a Heritage Orchard replanted with its original apple trees, public art, schools as well as boutiques, cafes and restaurants.

The Courtyards are the first phase of what will become Cathedraltown’s crowning achievement – a magnificent Piazza that will surround the Cathedral and highlight what is sure to become a heritage destination for future generations.

Located just north of Toronto, the Cathedral is on land once part of Romandale Farms Inc., founded by the late Stephen B. Roman, one of North America’s leading breeders and exhibitors of Holstein cows.

The mosaics in the Pendentives, which would traditionally contain the biblical manifestations of the four Evangelists, which would have been portrayed by a lioness, an eagle, an ox and
a winged male figure, have been revised to include Canadian content:

In 2006, when the extensive interior work began, the Cathedral was closed to the public and the seat of the Eparchy was moved to another church.

With the completion of the installation of the Circle and Pendentives in 2017, the extensive scaffolding beneath the Dome was removed.